What is VK social network?

But you might be surprised to know that it is a social network that has nearly 600 million users worldwide and we have heard very little about it.

VK (derived from the headwords F-Kontakte (Russian: ВКонтакте) means "in touch") is a popular social network among Russian-speaking European users around the world.

This social network is very popular among the people of Russia, Ukraine, Kazakhstan, Moldova, Belarus. VK is headquartered in St. Petersburg, Russia.

Where did VK start? Where is the VK?

The VK was launched in 2006 by Pavel Dvorov, a 22-year-old Russian computer engineer. We later heard the name Pavel Dvorf with the launch of the Telegram.

The VK is designed very similar to Facebook and ranks 3rd in Russia and 23rd in the world in terms of site traffic. According to Similarweb, VK is the 14th most visited website in the world. 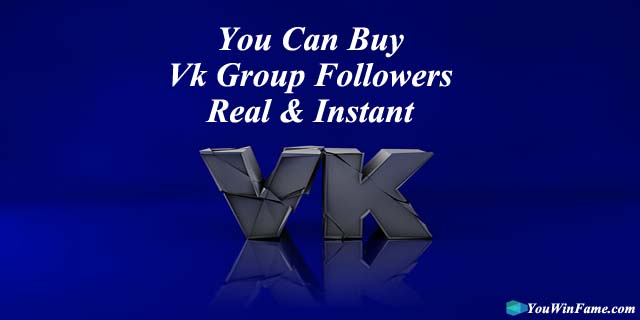 While VK has become a media giant in Eastern Europe, it is still unknown in North America and other continents. 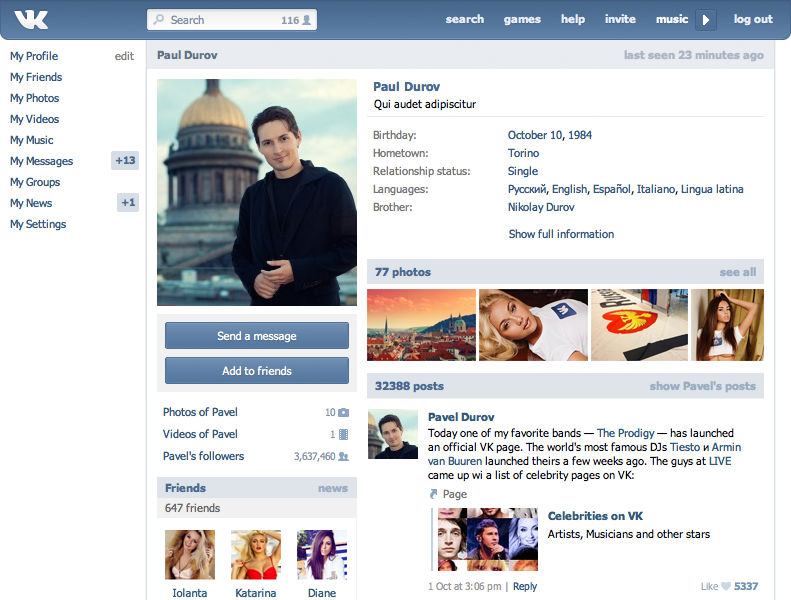 One great thing about VK is how easy it is to create an account. Simply enter a name, phone number and password. Then wait for your validation code and that's it.
If you do not want to give them a phone number, you can register using your Facebook account. Registration for an account takes a total of about 2 minutes. 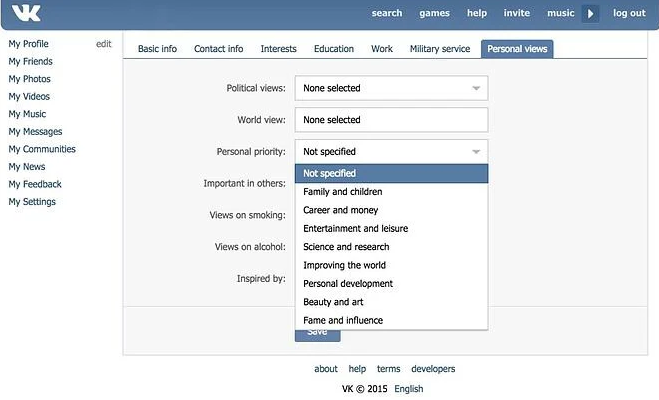 Like other social networks, sending personal and group messages with a high level of security, sending and playing images and videos are the most important features of the VK.

But in addition, the VK has an advanced search engine that allows users to search for news, friends and anything. 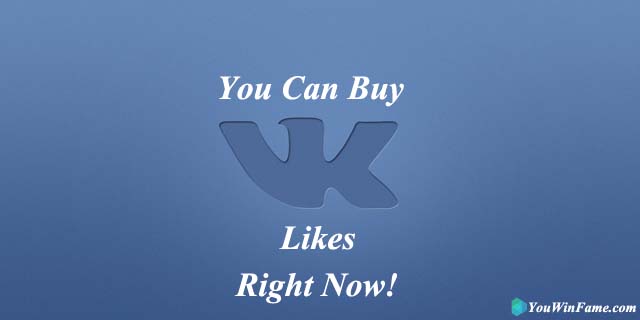 Private messages on the VK can be exchanged between groups of 2 to 500 people. You can also specify an email address as the recipient.
Each message may have a maximum of 10 attachments: photos, videos, audio files, maps (map embedded with hand marker), and documents. 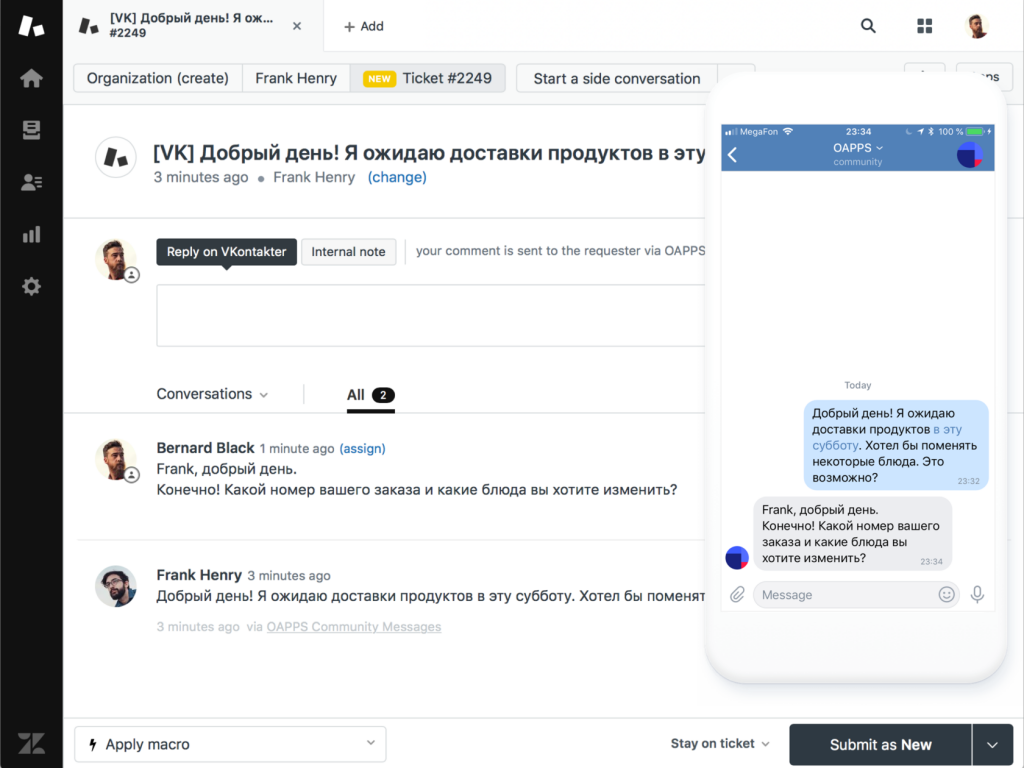 VK users can publish posts on their feed, which can have up to 10 attachments like a message. Mention and hashtag are also supported on the VK.
News feeds can be selected between all news modes (default) and the most interesting news. 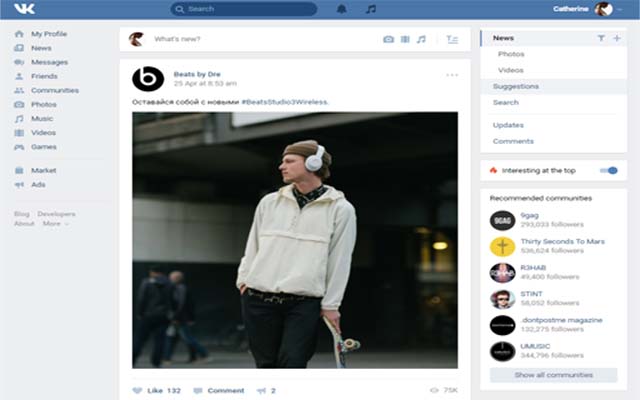 The VKhas three forum models: Groups, which is a great place for a forum, Wikipedia-style articles that can be edited by all members.
Public pages is a news-centric news distribution tool for celebrities and businesses. And the third type, called Events, where events, concerts and conferences can be informed.

Like button
The Like button is for posts, comments and ،, but it is different from Facebook Like. Likes will not be counted in other people's profiles, but will go to a part of your profile called Favorites.

There is also another button called share with friends in the wiki that you can share on your friends' wall or in a private message.

Music
Users have access to audio files uploaded by other users. In addition, users can attach audio files to their wall, create playlists, and share them with others by attaching them to messages and wall posts. Uploaded audio files cannot violate copyright laws. 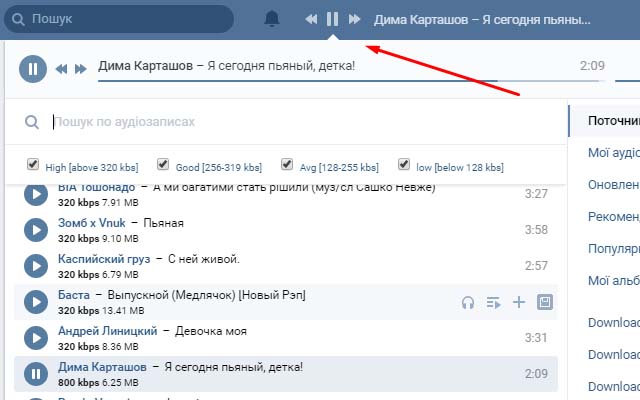 VK is a great platform for marketers and marketers looking to market and sell in Eastern European markets.

The future of VK

In 2013, Pavel Dorf was forced to sell a 12 percent stake in VK to Ivan Taurin, owner of mail.ru, one of Russia's largest Internet companies.

After this transfer, Ivan Taverin started investing in VK, initially acquiring 52% and finally the entire remaining shares of VK to mail.ru.

The VK is now almost under the control of the Russian government, and for this reason many non-Russian users have serious doubts about the security of this social network.

However, VK is still popular in Eastern Europe and has many users, and this popularity is expected to continue.